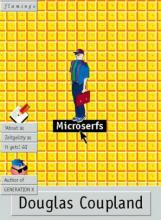 She said that we, as humans, bear the burden of having to be every animal in the world rolled into one.

She said that we really have no identity of our own.

She said, “What is human behaviour, except trying to prove that we’re not animals?”

She said, “I think we have strayed so far away from our animal origins that we are bent on creating a new, supra-animal identity.”

She said, “What are computers but the EveryAnimalMachine?”

I couldn’t believe she was talking like this. She was like an episode of Star Trek made flesh. It was as if I was falling into a deep, deep hole as I heard her voice speak to me. But then a bumblebee bumbled above us and it stole our attention the way flying things can.

She said, “Imagine being a bee and living in a great big hive. You would have no idea that tomorrow was going to be any different than today. You could return to that same hive a thousand years later and there would be just the same perception of tomorrow as never being any different. Humans are completely different. We assume tomorrow is another world.”

I asked her what she meant, and she said, “I mean that the animals live in another sense of time. They can never have a sense of history because they can never see the difference between today and tomorrow.”