A Pensioner in Hull 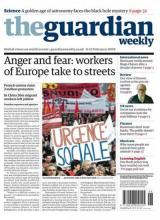 No pensioner in Hull was safe last week after the bizarre revelation that a £2.1 million National lottery jackpot ticket is lying uncashed on an elderly local widow's front room table.

Reporters, treasure hunters and officials of Camelot, the lottery organisers, began a systematic attempt to persuade the reluctant winner to break cover - at least to the modest extent of claiming the prize.

The strangest twist yet in the unpredictable history of lottery oddities followed an unsigned letter to the Hull Daily Mail. The woman's letter said the winning ticket, from May 24, had been bought by her husband shortly before his death. "It was a grand feeling to win, but too late."

The woman then gave her age, courteously blanked out by the newspaper, and added: "Sorry, I don't wish to give my name. I am sure the fuss would finish me off. The ticket is on the front room table. I keep looking at it - if only I could have my life over."